The second match was a heavy battle back and forth between the Cardinals and Mustangs with the teams flip-flopping on four sets. It came down to a fifth set that was close until the final moment as freshman Zoe Busbee approached with a middle attack that was tipped by the Mustangs’ middle blocker and fell just over the heads of the remaining defenders. Gadsden State won the final set 15-12 making them the 2019 NJCAA Gulf Atlantic District A/B Champions.

Three Cardinals were named to the All-Tournament Team including Jaylyn Freeman, Shelby Bates and Aubrey Pope. Sophomore Taylor Spradley received Most Valuable Player honors after also receiving Alabama Community College Conference Co-player of the Year recognition earlier in the week. The District Coach of the Year award was presented to Coach Connie Clark.

The Gadsden State Cardinals will travel to Hutchinson, Kansas, to compete in the NJCAA Division I Volleyball Championship Nov. 21-23. 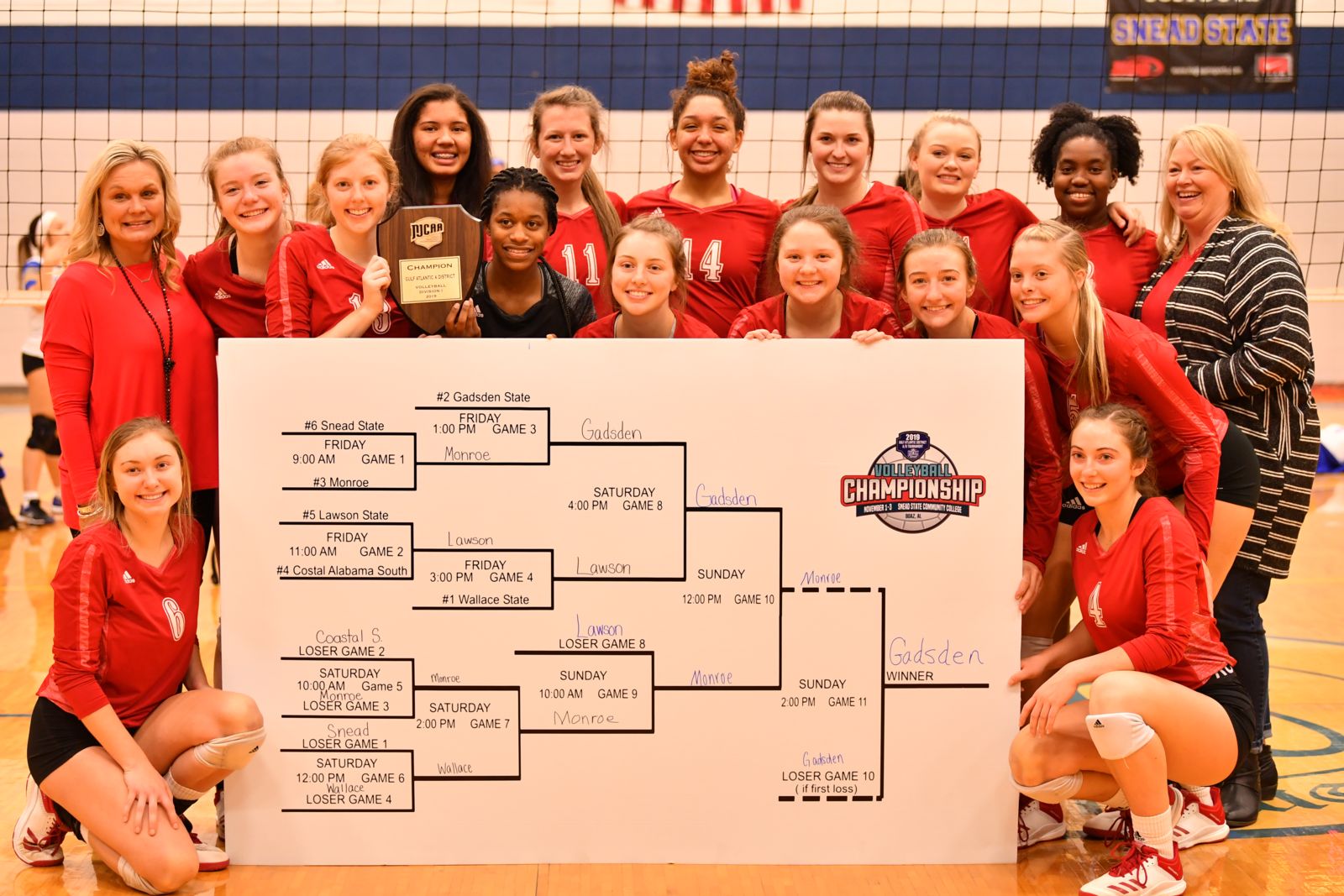