Gadsden, Ala. — For the first time in over a decade, Gadsden State Community College will have a cross country team in competition. The co-ed team will make its debut Friday in the Foothills Invitational hosted by Jacksonville State University at Choccolocco Park in Oxford. The men’s team runs at 5 p.m. followed by the women’s team at 5:45 p.m.

“I am thrilled to be involved with the first season for women’s cross country since 2011 and the inaugural men’s team at Gadsden State,” said Coach Roseanne Green. “Cross country is a sport that is dear to my heart and I’m delighted to see its popularity growing in the south. I believe this growth will be greatly enhanced when local high school runners set attainable goals of competing at the next level. I’m proud that Gadsden State is providing this opportunity for our local runners."

In September 2021, it was announced that cross country would be added to the College’s athletics program, which includes volleyball, tennis and men’s and women’s basketball. In April, it was confirmed that baseball and softball would be reinstated at Gadsden State beginning in Fall 2023.

“Growing the Athletic Department at Gadsden State is good for our students, our athletes and our community,” said Blake Lewis, athletic director and head baseball coach. “Athletic events add to the college experience for our students. Offering team sports allows student-athletes to continue playing on the collegiate level. In the community, sports increase comradery, loyalty and excitement. Few things can bring together a community and develop stronger bonds quite like an athletic program can.”

The Gadsden State Cross Country Team includes seven females and six males. All but one athlete is on scholarship. They started training on June 1 individually with the first official team practice being on Aug. 1.

“This first group of recruits is incredibly special to me,” Green said. “Overall, this team consists of diamonds in the rough who were underdeveloped high school runners with obvious potential. I’ve watched them improve since June and I know that the improvement will continue throughout the season.”

Green said the team trains six days a week maximizing locations around Gadsden, including the trails at Noccalula Falls Park, the James D. Martin Wildlife Park and the College’s Wallace Drive Campus. Green said she hopes to soon have a completed home course as a part of the new Gadsden Sports Park.

She said early season races, like the Foothills Invitational, should be treated as any other day of training.

“I expect new personal records for most of our team on Friday because the course in Oxford is relatively flat and fast when compared to more challenging courses,” she said. “Each member of the team has submitted their weekly goals to me as they will throughout the season. I make sure they have every opportunity to meet those goals through our weekly training plans.”

View an album of this year's team: 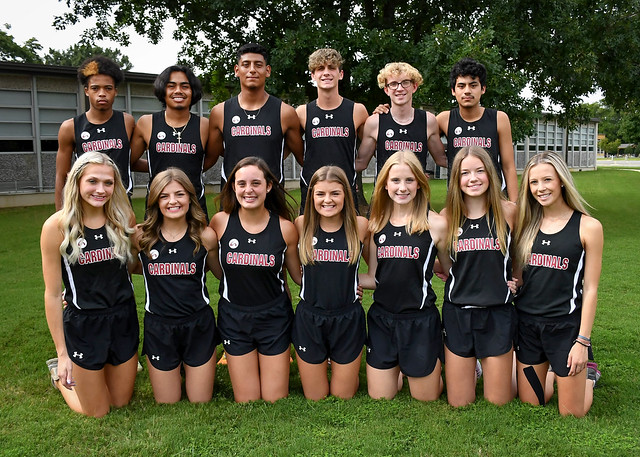