Gadsden, Ala. – The Complete Count Committee in Etowah County remind all residents about the importance of participating in Census 2020.

“The momentum of Census participation has slowed during the country’s attempt to curb the spread of the COVID-19 virus,” said Johnny Baker, co-chairman of the local committee and director of adult education at Gadsden State Community College. “We can’t stop now. We all need to be a part of democracy. It is a simple civic duty to ensure that you and those who reside with you are being counted.”

Joining Baker as co-chairs are Heather Brothers New, president of The Chamber of Gadsden/Etowah, and Craig Scott, director of the Gadsden Public Library System. They have been notified that Etowah County has a 59.2 percent participation rate so far.

“We are pleased that Etowah County’s participation percentage is above the national average of 57.3 percent and above the state percentage of 55.4 percent but we still have a long way to go,” Baker said.

Southside has the highest municipal participation rate in Etowah County with 73.3 percent compared to Gadsden’s 53.4 percent. Participation percentages for neighboring counties are 57.5 percent in Calhoun, 50.6 percent in Cleburne and 38.3 percent in Cherokee.

“When the Census was conducted in 2010, 72 percent of Alabamians participated,” he said. “If we see that participation percentage decrease in 2020, we are risking a potential congressional seat as well as over $13 billion in federal funding. That’s approximately $1,600 per person in Alabama.”

Census data drives funding that is used for assistance programs that support children, education, health care, rural development and more.  “Completing the Census will ensure that our state and communities will receive our fair share of funding,” he said.

“If the funding for those services and programs is not reallocated by the federal government due to low census participation, our local and state governments will have to find the money elsewhere or discontinue important programs,” Baker said.

The Alabama Counts Committee previously reported that the state is at risk of losing a congressional seat due to projected slow growth. 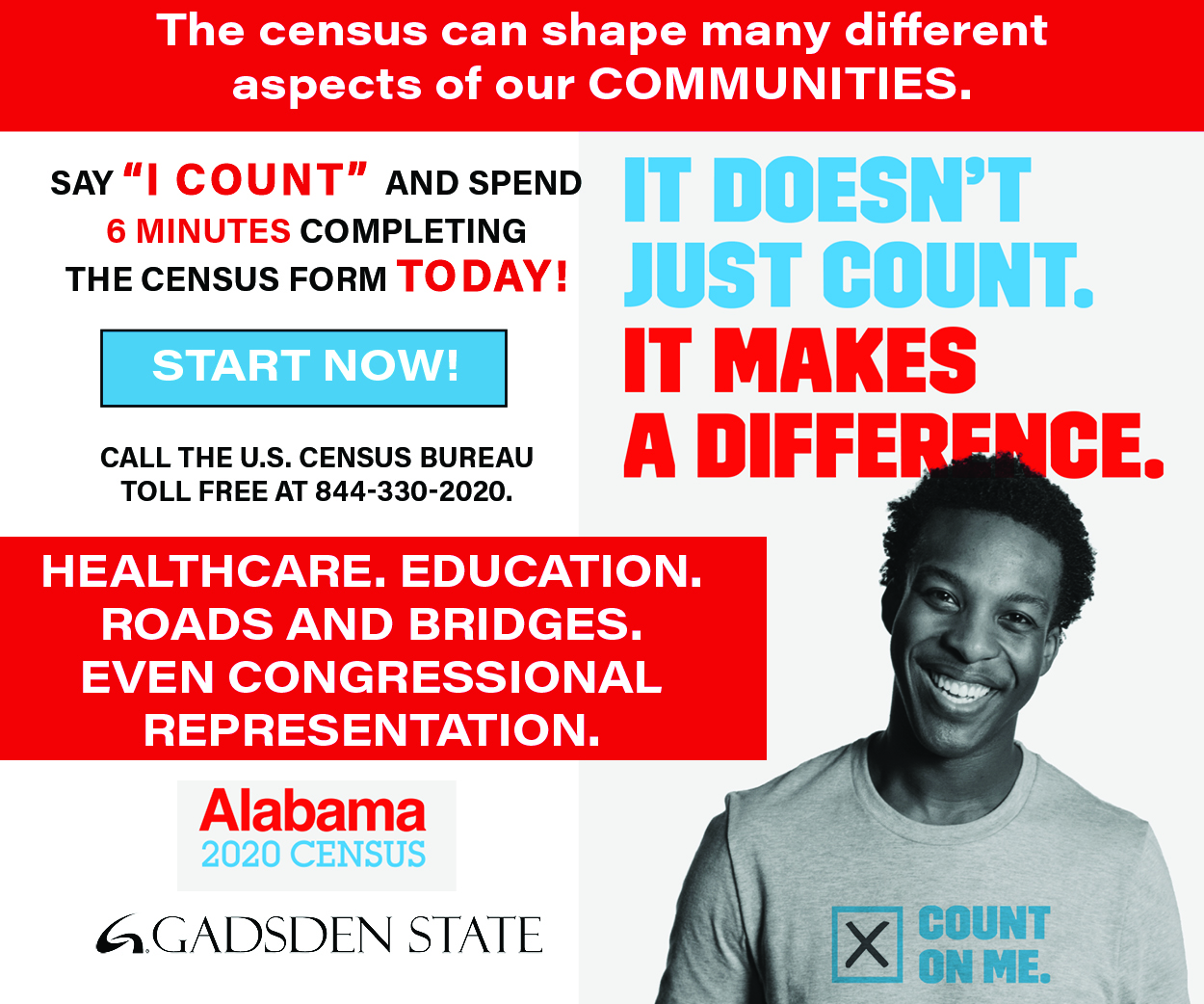 He said he hopes the reassurance of confidentiality will encourage maximum participation.

“I want everyone to take the time to complete the Census form,” he said. “Be counted. Show that Alabama counts through your participation in the Census.”

The deadline to complete the Census form is Oct. 31. Census takers will conduct nonresponse follow-ups beginning Aug. 11. For more information about Census 2020, go to census.alabama.gov.