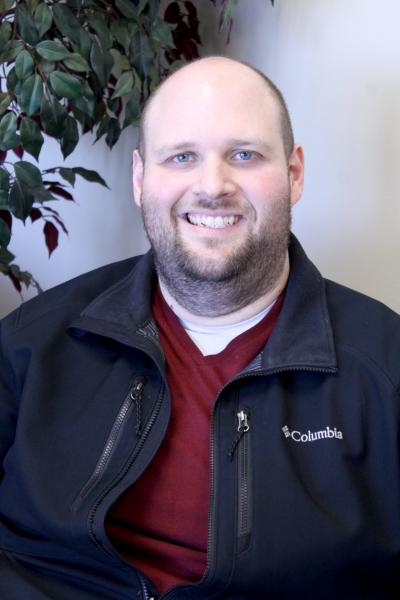 Levi Thompson was a student at Sand Rock High School when he decided he wanted to work in Japan.

“I really wanted to be a Japanese interpreter,” he said. “I loved the Japanese culture, the people, everything about the country.”

After high school graduation in 2005, he enrolled in the University of Hawaii to study Japanese, but he soon realized he wasn’t ready to be away from home.

“I was really overwhelmed so, within two weeks, I came back home,” he said.

Now, 14 years later, Thompson is going to see his dream realized when he becomes a missionary stationed in Japan.

“Everything has come full circle for me,” he said. “God can sometimes be funny.”

After Thompson returned to Alabama from Hawaii, he still had time to apply to Gadsden State Community College.

“I went through the catalog and looked for opportunities for me because I honestly wasn’t sure what I wanted to do,” he said. “I knew I liked to help people and I really liked science so I enrolled in the Emergency Medical Services program.”

Thompson received his basic certificate in 2005.

“I enjoyed it very much and realized I wanted to work in the medical field,” he said. “I was encouraged to continue my education by my EMS instructor.”

After working briefly as a nursing assistant in a local emergency room, Thompson worked on his general course of study and later applied to Gadsden State’s nursing program.

“I prayed to God and said, ‘If this is what I’m supposed to do, I’ll get in,’” he said of the highly-competitive program. “And, praise the Lord, I was accepted into the program.”

Thompson said he will always cherish his time as a Gadsden State student.

“I loved attending Gadsden State,” he said. “Everyone made me feel like family. I was happy that I was close to home, and I saved a lot of money. I received five years of education at Gadsden State for what it costs for one year at some four-year universities.”

After graduating with his nursing degree in 2010, he landed a job at Floyd Medical Center in Rome, Ga.

“I enjoy working in the critical care area,” he said. “I’ve worked in Oncology and Hospice as well as Pediatrics and the Neonatal Intensive Care Unit. For the past two years, I’ve worked in Post-Anesthesia Care Unit.”

In July, Thompson will take his medical training to Japan, the country he has long admired and respected. To become a missionary, he must complete six months of discipleship training in Tokyo. He is responsible for the training funding as well as his own living expenses during his two-year commitment.

After his training, he will be stationed in Osaka, where he will work in evangelism by spreading the gospel, teaching English and feeding the homeless. He will also use his medical training to provide first aid services at youth camps and Christian conferences.

Though this is Thompson’s first experience as a full-time missionary, he has participated in other short-term mission trips. He has been to Ecuador twice, where he provided medical care and worked in construction. He went to Costa Rica twice with the Berry College nursing students he trained during clinicals.

“I admit my Spanish is much better than my Japanese but I’m working on it every day,” he said.

Until he leaves for Tokyo, Thompson will continue working as a nurse at Floyd and conducting Bible studies for the youth at Fairview United Methodist Church.

“The youth at our church talk about their future plans,” he said. “They are worried about what to do. I always tell them, ‘Enroll at Gadsden State and take your basics so you have time to figure out what you want to do. You have time. You still can change your mind about what you want to do.’ I’ve been there before. I know how they’re feeling. I tell them it’s never too late to follow your dreams and live your best life. Look at me.”