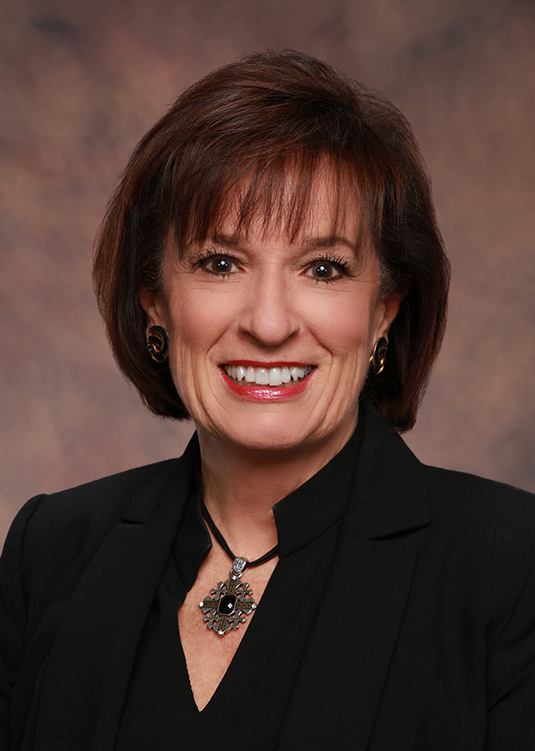 Dr. Lavender is the chief administrative officer of the College and is in direct reporting relationship to the Chancellor of the Alabama Community College System. The president is responsible for administering and supervising the total college program and must delegate authority yet retain final responsibility for the effective operation of Gadsden State.

Dr. Lavender has had a long history of success in the nursing and educational fields. She once served as the dean of Health Sciences at Gadsden State and held administrative and faculty positions with the Lurleen B. Wallace College of Nursing and Health Sciences at Jacksonville State University. She served as a visiting professor at the University of Alabama at Birmingham School of Nursing, and she has worked in administrative posts with the U.S. Department of Homeland Security in Anniston.

Dr. Lavender served as president of the Association of Women’s Health, Obstetric and Neonatal Nursing, an organization that also recognized her with its highest honor, the Distinguished Professional Service Award. She has served as the president of the Alabama Board of Nursing and has also worked with the National League for Nursing Accreditation Commission and the Alabama Regional Action Coalition. In 2015, she was inducted into the American Academy of Nursing and the Alabama Nursing Hall of Fame.

Dr. Lavender has served in leadership roles in many community organizations, including Love Your Neighbor, First Friday Women’s Forum, the United Way of Etowah County, the Hokes Bluff Library Foundation, Gadsden Kiwanis Club, Cherokee County Historical Museum, Northeast Alabama Community Foundation and the James A. Barrie Center for Children. She has been awarded the Heart of the Eagle Award from the Greater Alabama Council of the Boy Scouts and Francis E. Couch Lifetime Achievement Award from the Girls Scouts of North-Central Alabama. Business Alabama magazine has named her a Mover and Shaper of Etowah County and Birmingham Magazine selected her as one of the Women Who Shape the State.

Read about the milestones and achievements from 2017/18 in the President's Report.