On July 8, Dr. Kathy Murphy, president of Gadsden State Community College, announced that Simmons has been selected as the executive vice president. She assumed the role on July 19.

“Dr. Simmons brings over two decades of experience as an educator and an administrator to Gadsden State,” said Murphy. “I am so pleased that she is a part of the Gadsden State family.”

Simmons started working in high school as a customer service representative in Alabama Power Co.’s on-the-job training program. She continued working in that position following graduation and enrolled at Lurleen B. Wallace Community College, where she earned a scholarship.

“I was a first-generation student so, while my parents were so supportive of me, they weren’t sure about the process of enrolling in and attending college classes,” she said. “The scholarship and the assistance I received at LBW really paved the way for me to become a college graduate without a lot of debt.”

As a student at LBW, Simmons earned a transfer scholarship to Auburn University at Montgomery, where she earned a Bachelor of Education in Mild Learning and Behavioral Disabilities in 1998.

“I thought about getting an MBA because I really enjoyed working at Alabama Power but then I got a teaching job and realized that my calling is to be in education,” said the Greenville native.

Simmons worked in special education for seven years, and she earned a Master of Education in Collaborative Education for grades 6-12 from AUM in 2000. Four years later, she earned a Certificate of Advanced Graduate Studies and a Doctorate of Education followed in 2006. Both credentials are in K-12 School Leadership and were awarded by Regent University.

In 2005, she was hired as the assistant principal at Greenville Elementary School before moving to Greenville High School in the same position the following year. In 2008, she was promoted to principal.

“I eventually moved to the central office of the Butler County Board of Education, where I served as the curriculum director for four years and director of student learning for almost two years,” she said. “I worked a lot with academics, school improvement, curriculum and instruction.”

She said she transitioned from being a teacher to an administrator in an effort to further influence the school district. “As a teacher, I made a difference in my classroom and I truly loved it,” she said. “But, I knew I could make a greater impact on the entire district as an administrator. It is a move that I have never regretted.”

In June 2016, Simmons was tapped as the new assistant superintendent of administration at Hoover City Schools, where Murphy served as the superintendent. Murphy resigned from her position to move to Gadsden State in January and Simmons took on the interim superintendent role until she was named executive vice president at the College.

“I have served on dissertation committees for several years largely to stay involved in higher education,” she said. “Working at a college has always been my ultimate goal.”

Simmons said it was the positive impact LBW had on her life and career that sparked her interest in serving at a community college.

“LBW set the trajectory of my life,” she said. “I believe that I am where I am today because of the influence LBW faculty and staff had on my life.”

As the executive vice president, Simmons assists Murphy with the overall leadership and development of the College as well as assists the deans in developing and meeting division, departmental and programmatic goals.

“My main focus will always be what’s best for our students,” she said. “We want to make students feel welcome at Gadsden State. I want them to realize that whatever credential they receive from our College will impact their life as well as the lives of generations to come. Gadsden State truly strengthens families and communities through education and workforce development.”

When Simmons isn’t working, she enjoys traveling, hiking, exercising and serving the community. She especially loves spending time with her family – her father, two brothers, a sister-in-law and twin nephews.

“I have certainly learned to seize the day,” she said. “During the pandemic, my mother was diagnosed with cancer and passed away in June. Losing her taught me a lot…. I’ve learned to enjoy every single day and not to ever take loved ones for granted. Life is so precious.”

“I’m very excited about what is taking place at Gadsden State, and I’m even more excited about the potential of great things to come,” she said. “I look forward to working with the faculty and staff collaboratively for all of our adult learners and traditional students. I will work 110 percent to help others. I just want to always make a difference.” 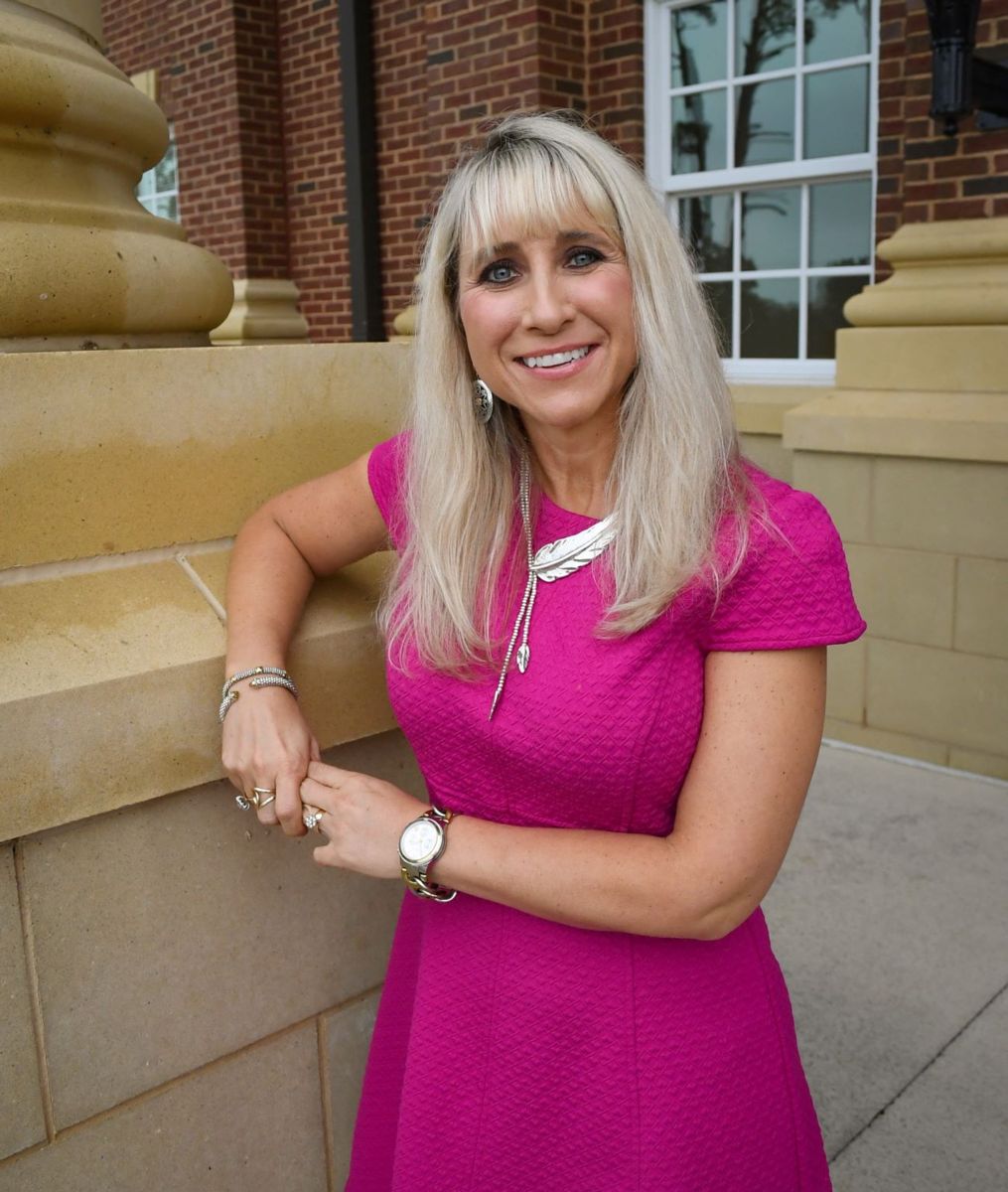